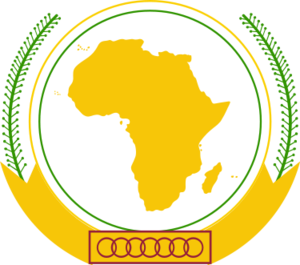 The African Union took birth in 1999 after the AU member states adopted the Sirte Declaration through, according to some sources, the impetus of the Libyan President, Mouammar Kadhafi. The Durban Summit established Africa’s biggest Institution definitively, successor of the Organization of the African Union (OAU). Since other important goals of the OAU like the liberation of African territories from colonisation and the fight against apartheid in South Africa have been already reached, its main goal is to redefine the relations between African countries.

The AU goals are similar to the EU goals. The most important are:

53 out of 54 African States are member of the African Union. Morocco is not member of the African Union. It withdrawed in 1982 after the Sahrawi Arab Democratic Republic was admitted in the AU. It is a region of Western Sahara surrounded by Mauritania, Algeria and Morocco which is opposed to its sovereignty. It is important to know that this sovereignty is neither recognised by the UN, nor by the Arab League, by the Arab Maghreb Union, by any European State, by any member of the UN Security Council

The Organs of the African Union are: